Adventure is one of the best genres in gaming. There are hundreds of adventure game available on internet in which some are offline games and some are online games, some have high downloading and have good review. Some have not number of downloading but still the best adventure games. We play games for different purpose as for time pass, to increase brain power, to be trained in something. If you like do adventure and want to prove yourself, there are some best offline games available on the internet that can give you best experience. As we can not play online games everywhere and whenever we want, because we can not find a good network everywhere, that’s why we start finding offline games to play.

10 Most adventures Games for Android Phone that don’t Need Wifi or Internet Connection. 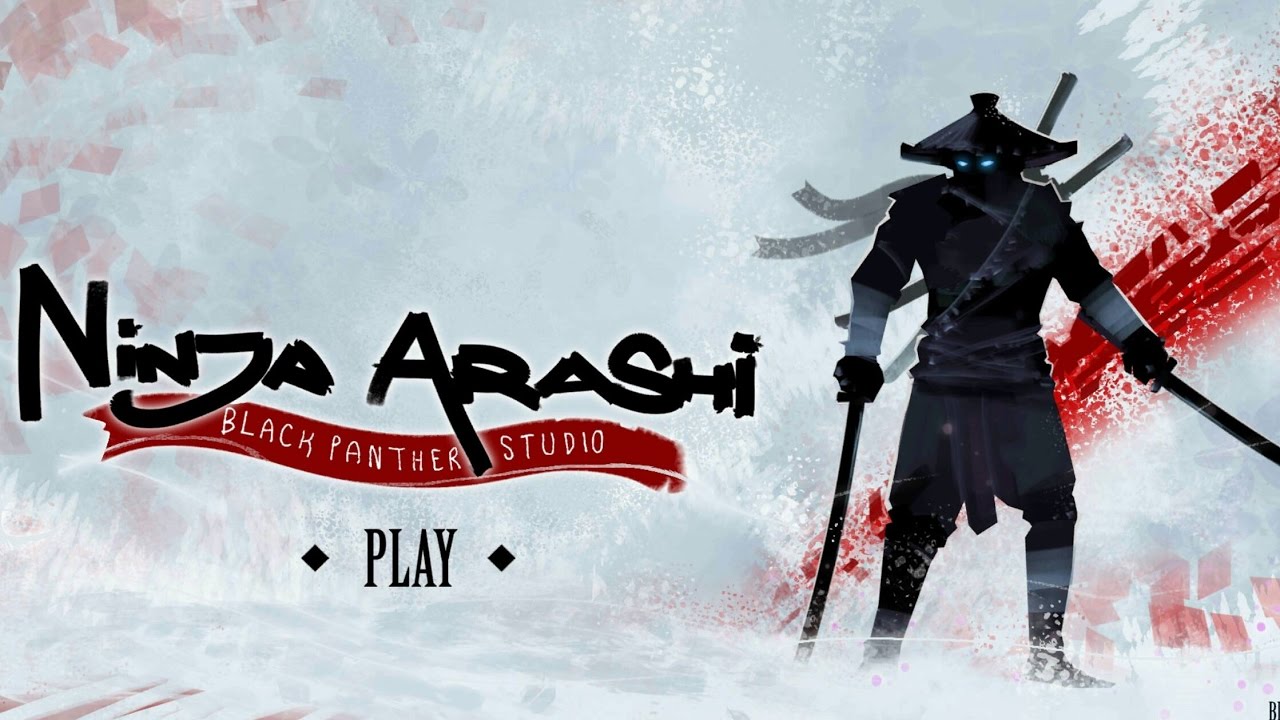 Ninja Arashi is the best Adventure game that doesn’t need wifi connection. Ninja Arashi is a former legendary who is on the mission. Ninja Arashi is on the way to save a kidnapped child. There are some people who are sinner. So ninja is going to save the child and kill all the kidnappers. Ninja Arashi is simply featured yet addictive. Ninja has acrobatic skill and deadly weapons to defeat the sinners. To download this adventurous and free wifi game, just follow the following given link. 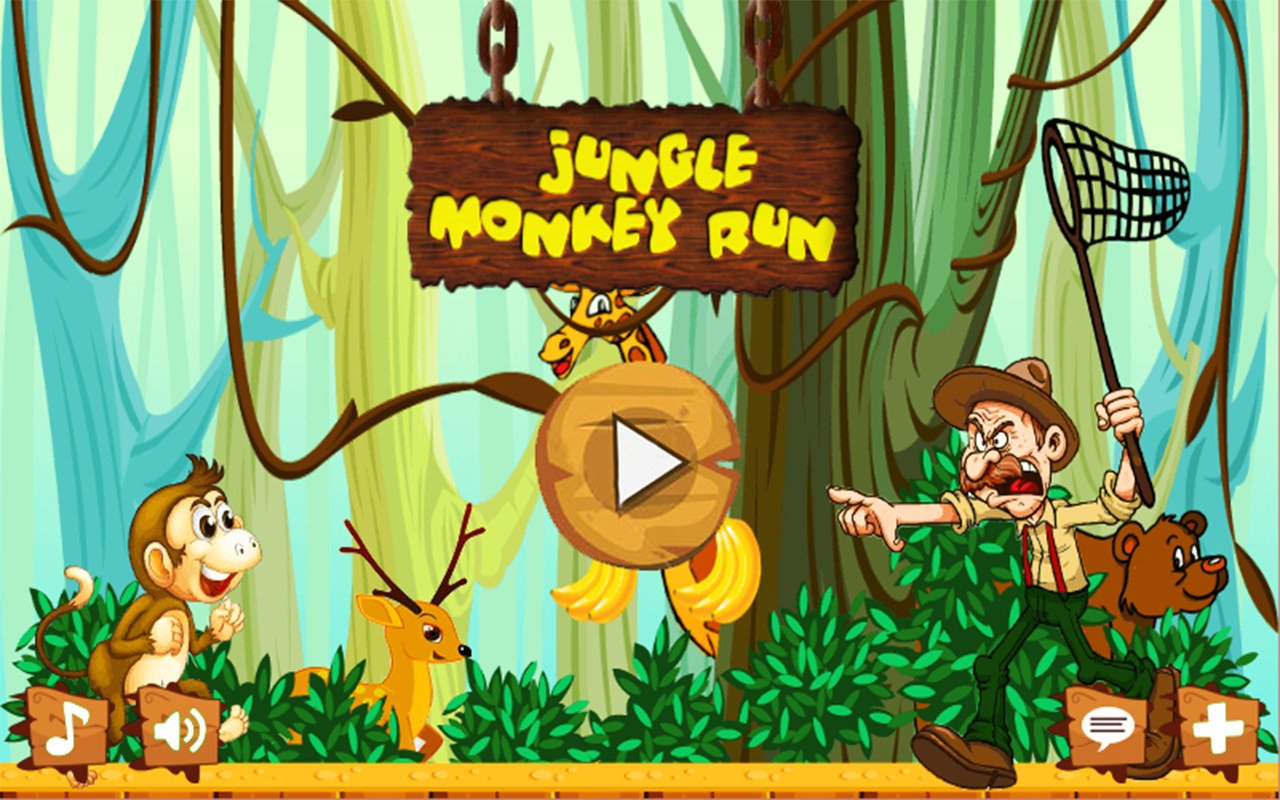 Jungle monkey is another free wifi adventure game. It is one of the best adventure game.  It has good graphics and good interface which will make you addictive. In this game, the monkey is very hungry and want to eat some bananas, but there are several creatures which can hurt the  monkey as spider, savage, bouncing flowers, fountain so on. So you have to help the monkey to get out of the jungle and in collecting bananas. So this is very interesting game for you. If you want to download this game, just tap on the given link. 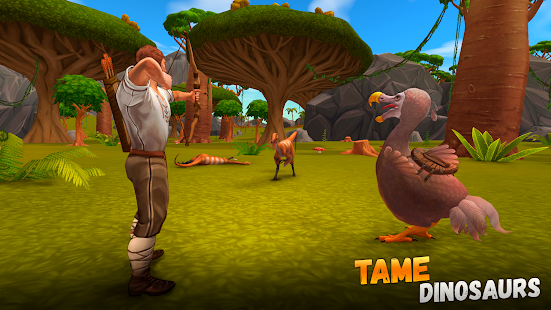 Jurassic Survival Island – The Ark of craft  is the best adventure game that doesn’t require wifi connection. The ark of craft has good graphics and best interface. In this game, you will alone the Island and with you many dangerous dinosaurs are also living on the Iceland. So if you want to survive on the Island, you have to kill all dinosaurs. So you have to hunt, build and craft for your survival. So if you also want to enjoy the environment and hunt the dinosaurs, just download this game in your device.

To download in android phone – The Ark of Craft: Jurassic Survival Island 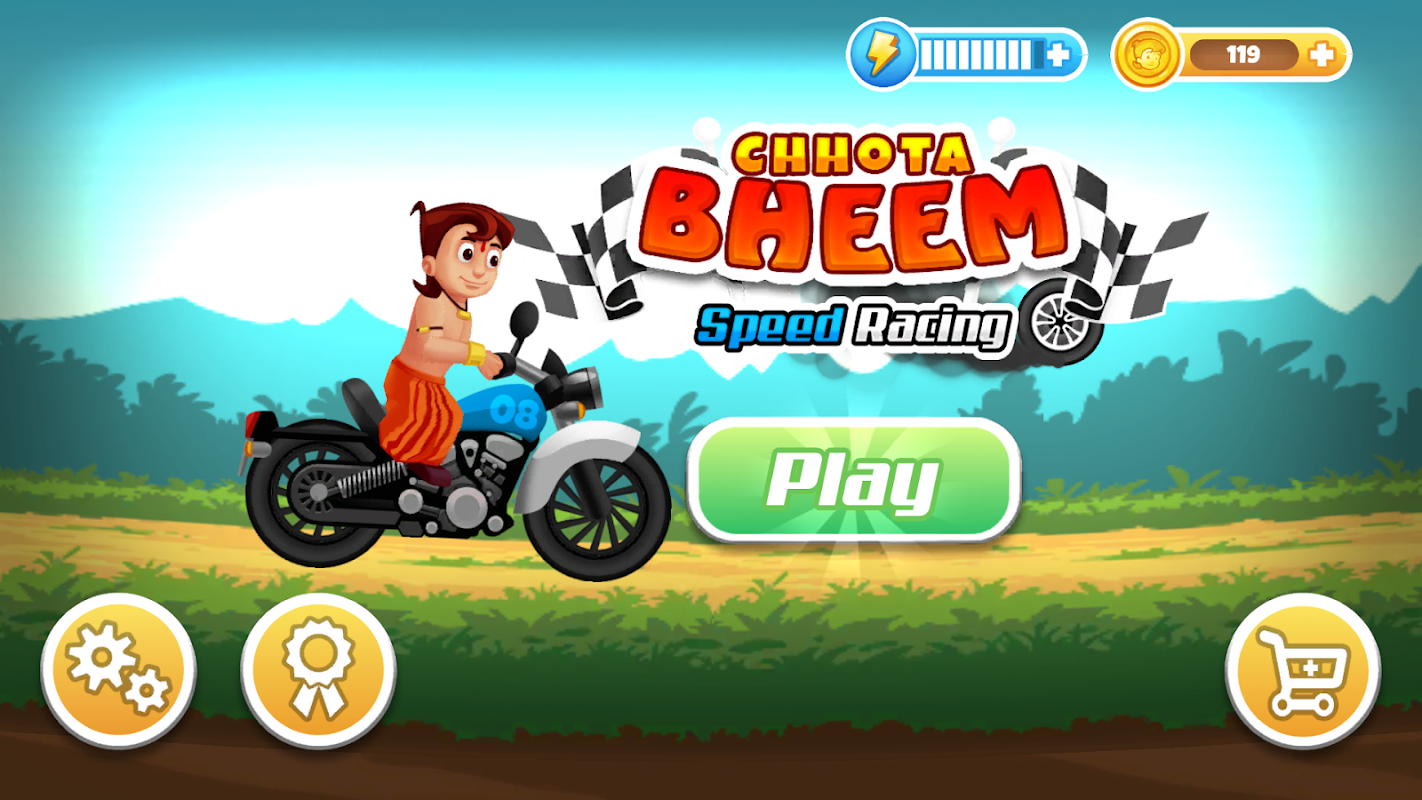 To download in your android phone- Chhota Bheem Speed Racing 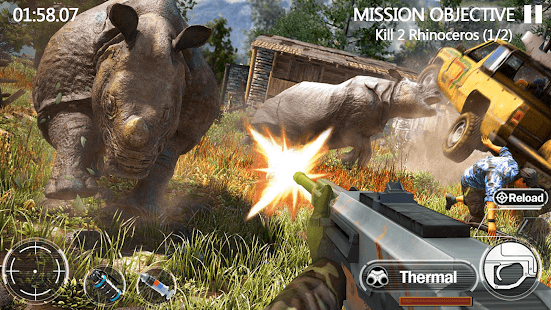 If you love hunting in the jungle, it is a most real game ever made. It is also an adventure game. It has 3D graphics support and also the best interface which made the game real. So it is time to go out with your shooting gun and shoot the animal, but you have to beware of some aggressive animal, they may attack you. So beware of that type of animal and enjoy hunting in the forest. It is one of  no wifi games, so you can play this game without any disturbance. 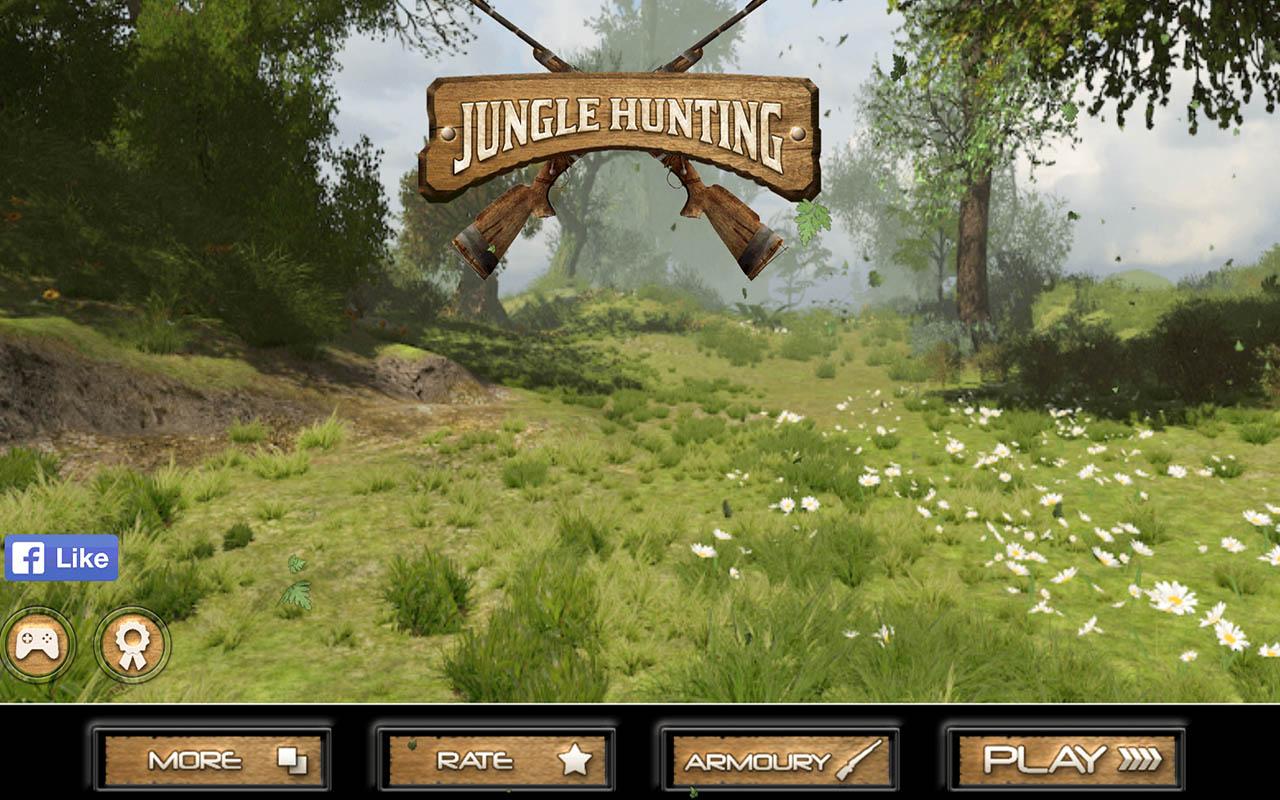 It is one of the hunting games that don’t require a wifi connection to play. Hunting is a fun in real life but it also causes innocent animal death. So if you also felt like that, you can also play forest hunting game in your mobile without hurting animals. So get deer on your bullet point precisely and shoot the animal. If you want to be a veteran, you have to kill many animals. So shoot animal as many as you can. This game has 3D graphics and good interface that attract the users. So if you want to download this game, just tap on the below link.

As you know Game of thrones is a famous movie. So now you can play game of thrones  in your android phone. The best thing about this game is it is offline game means you don’t need an internet connection to play. There are over fifty thousand downloads and a very high rating. The Game of thrones has best 3D graphics and good interface. This is very interesting game in which you have to make a decision and your decision will effect on all stories. So if you want to download this fabulous game in your mobile, just follow the following steps in your mobile. Space Shooter- Galaxy shooter is also a very fabulous game and the best part of this game is you don’t need to have a wifi connection to play. So you can play this game wherever and whenever you want without thinking about data uses. This game has high quality image that can support all types of screen as tablets or even on big screens. In this game, you have to have a good skill more than fast reactions and you also have to understand the pattern of invader attack. You are on the mission to save the galaxy evil things. So you have to take responsibility to save the world. If you are ready for this game, you can download this game from below link. 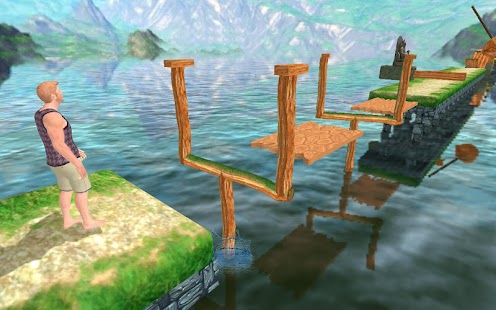 Stuntman water run is one of the best adventure game with amazing stunt man. It has best 3D graphics and a good interface. In this adventure game, you have to face challenges. First of all, you will feel that it is very an easy, but as you go ahead in this game, the game will become difficult. So you have to keep on learning and become a veteran. There are many types of obstacles as wiper, wrecking balls and bouncing punch. So you have to overcome all the obstacle and pass the level to go another level. So if you want to play this game, just download this game by following the given link. 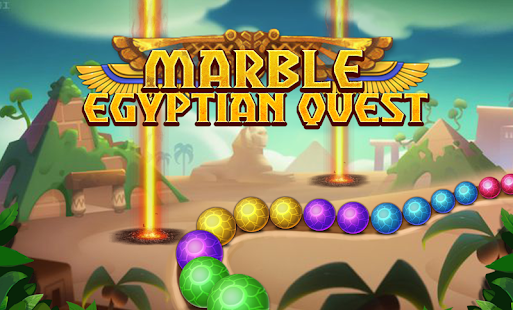 Marble Egyptian quest is another best adventure no wifi game. Marble Egyptian comes from history,but still this game has many lovers. Marble shooting has amazing power. So this game has good graphics and best interface that attract game lovers. There are many secret maps that make this game very addictive and it also has hundreds of levels which challenge the users. It is very attractive and simple game. So if you want to download this game, just go to the following link and download it in your mobile.

Bubble titan is also one of the best brain games that don’t need wifi to play. Bubble titan is a very addictive game and there are also hundreds of unique levels. So this game is very challenging for you. It is a very smooth playing game and needs more brain to crush the bubbles. In this game, you have to match at least three same color bubble to crush. You have played many games like this as candy crush, but it is different from all other games. So if you want to play this game, just download it and overcome all the level and become the master of this game. It has amazing graphics and a good interface. So just download it in your mobile and play it.

So these are some the best offline adventure games to play. You can read its description and properties and according to you taste, download in your device. If you know any other the best offline adventure games that you have ever played, you can tell about that games through writing in comment box. You can also tell about this post and ask any question related to post. I have also given some link of my previous post, if you want to visit that article also, just click and read full article. Thanks.